When you think of sequels, think of Akeem. More than 30 years later, the Eddie Murphy classic Coming to America has inspired a follow-up in — get this — Coming 2 America, which sees the comedian reprise his role as Prince Akeem for another royal affair.

Coming 2 America returns us to the kingdom of Zamunda, where Akeem is preparing to take the throne from his father (James Earl Jones). Arsenio Hall is back as his trusty friend, Semmi, as are original stars Shari Headley, Paul Bates and John Amos in their respective roles.

When Akeem learns that he fathered a son with a Queens woman (Leslie Jones) all those years ago, he must travel back to the boroughs of NYC to meet Lavelle (Jermaine Fowler). On Wednesday, Amazon unveiled the sequel’s official trailer:

“How much child support she getting from you?” the barber shop crew (who are also played by Hall and Murphy) ask Akeem upon his return, to which an indignant Semmi replies, “The king pays no child support!”

Kiki Layne joins the cast as Akeem’s daughter and would-be queen, with Wesley Snipes and Teyana Taylor as a rival general and his daughter. Tracy Morgan, Rick Ross and Garcelle Beauvais also co-star. 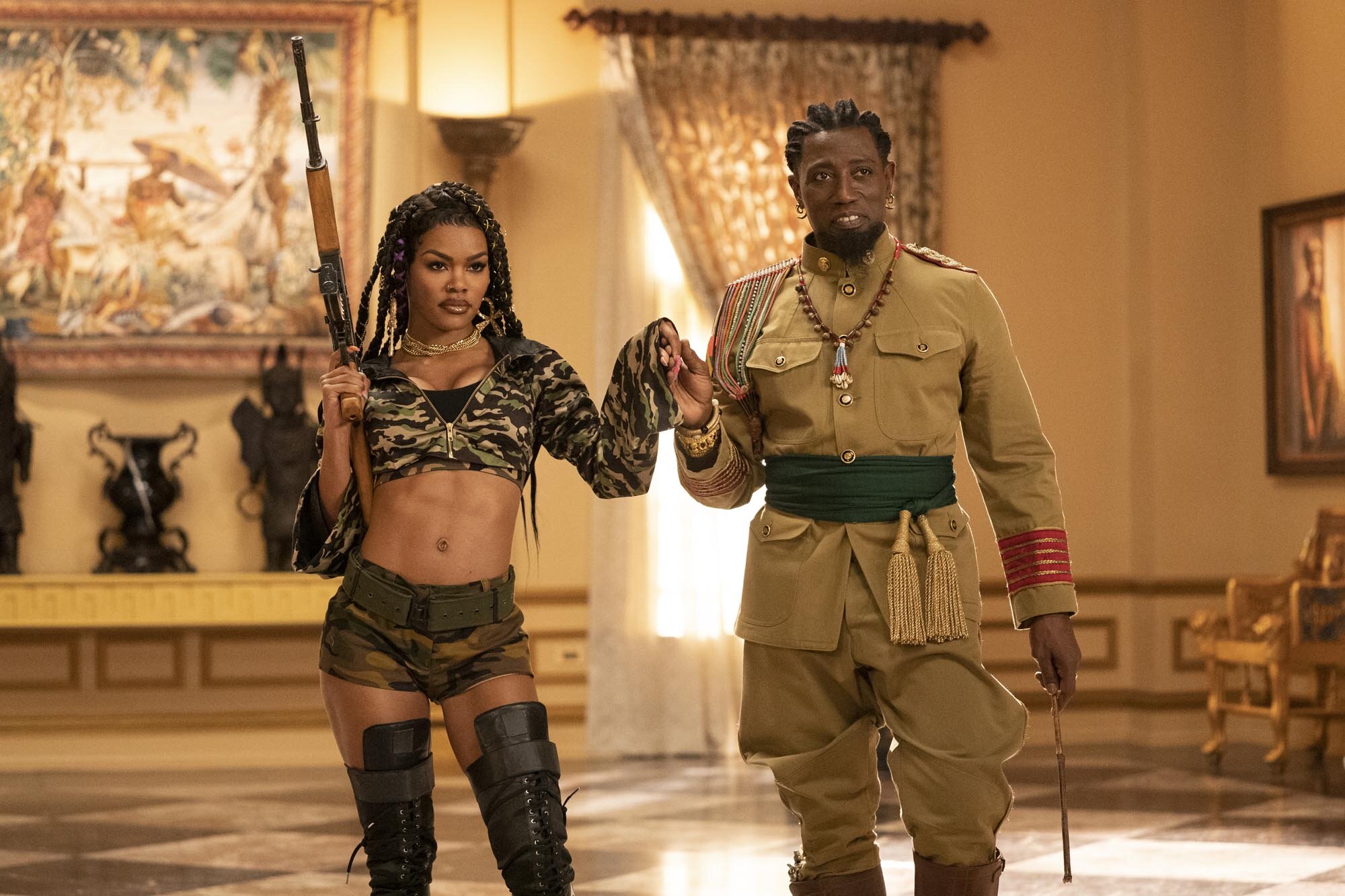 Dolemite Is My Name director Craig Brewer takes over for John Landis on the sequel, with a script by Kenya Barris