The winning coach of Super Bowl LII is out of a job. The Philadelphia Eagles have fired Doug Pederson

The winning coach of Super Bowl LII is out of a job.

Pederson led the Eagles to the franchise’s first Lombardi Trophy in 2017, coaching Philadelphia to a 13-3 finish and an unlikely run to the Super Bowl with backup quarterback Nick Foles. His pairing with Carson Wentz seemed to set the Eagles up for a very prosperous future following their Super Bowl triumph, but the wheels fell off in 2020. 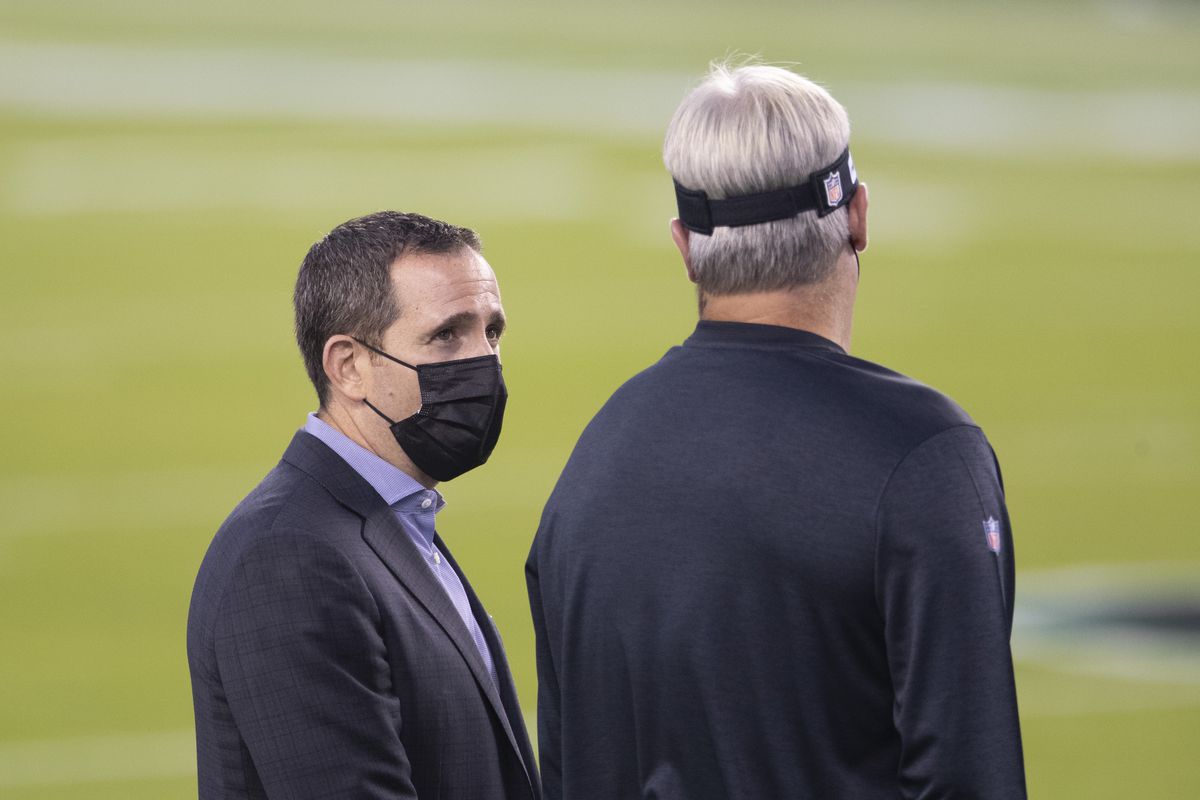 Wentz regressed significantly, going from a quarterback with a passer rating above 98 to below average at 72.8. The Eagles spiraled to a 4-11-1 finish, with Pederson growing frustrated well before the midway point of the season. As the head of a team comprised of veterans from the Super Bowl run and a young group headlined by rookie quarterback Jalen Hurts, Pederson struggled to find the right balance within the team’s offense. The Eagles failed to establish an identity and were meandering through the season with Wentz very much out of sorts behind a banged-up offensive line. By Week 13, Pederson had had enough, turning to Hurts for a spark and riding through the rest of the campaign with the rookie as the starter.

Things took an even more peculiar turn in the Eagles’ final game when Pederson removed Hurts in the fourth quarter of Philadelphia’s Week 17 contest and inserted third-stringer Nate Sudfeld in a one-score game, essentially throwing caution to the wind and watching his offense finally come to a complete halt in the last minutes of 2020.

NFL Network Insider Ian Rapoport reported the decision to fire Pederson came down to one simple reality: The coach was tired of people telling him what to do. The Sudfeld insertion could have been an example of this frustration, though Pederson later painted it as a decision to get the backup deserved reps in an otherwise meaningless game for the Eagles, but the prevailing thought is Philadelphia simply had too many cooks in its kitchen this season. 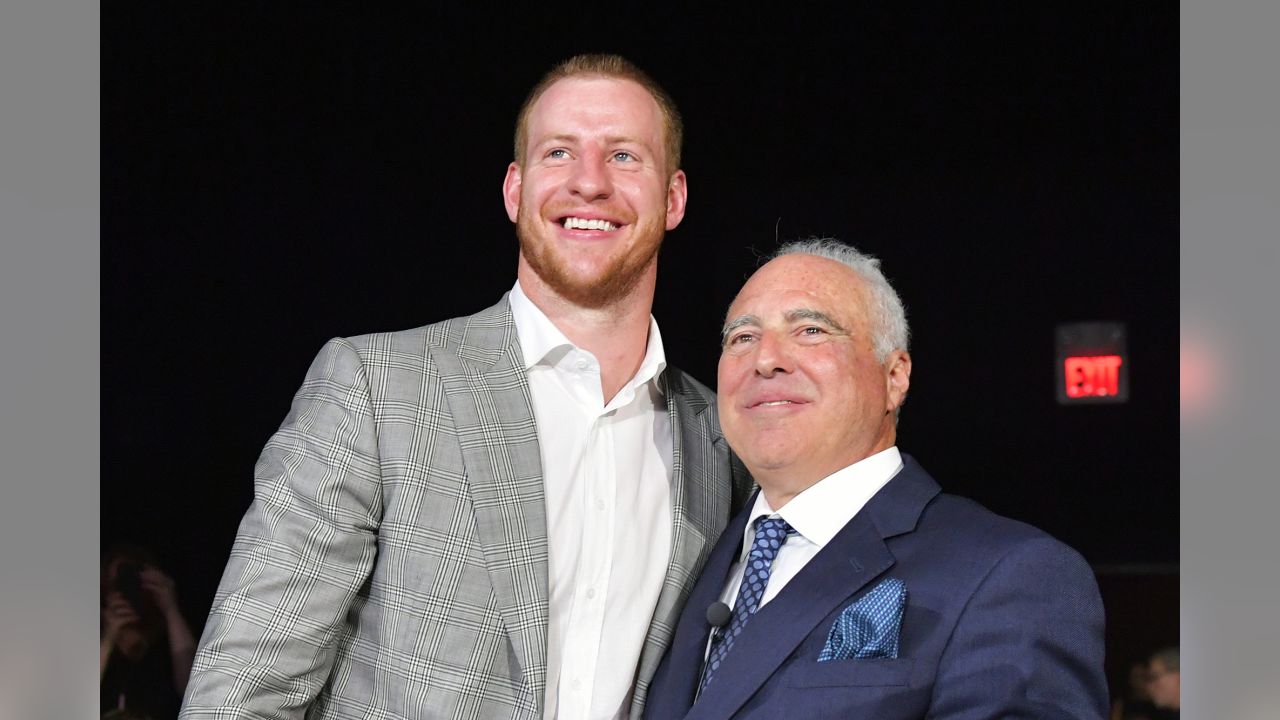 There was also a lack of visible direction for the franchise going forward, with Wentz’s contract and uncertain future putting the Eagles in a financial bind and little reason to believe the team would suddenly turn it around with minimal changes in 2021. NFL Network’s Michael Silver noted the working relationship between Wentz and Pederson was not great by the time the 2020 season ended, bringing some sense to the thought that perhaps it was Eagles owner Jeffrey Lurie’s decision to side with the quarterback over the coach going forward, especially without a clear plan of action available in the aftermath of an incredibly disappointing season. “I have spent the last few weeks evaluating everything from this past year and looking ahead,” said Lurie in an official statement. “We are all very disappointed with the way our season went and eager to turn things around, not just for next season but also for the future of the franchise. Coach (Doug) Pederson and I had the opportunity to sit down and discuss what that collective vision would look like moving forward. After taking some time to reflect on these conversations, I believe it is in both of our best interests to part ways.

“I have known Doug and his family for more than 20 years and they will always be family to me. I have a tremendous amount of respect for him and everything we have accomplished together over the last five seasons. Everyone in the organization understands the type of man and coach that he is, and how much he means to all of us as well as the City of Philadelphia. We all look forward to the day he will be inducted into the Eagles Hall of Fame as a Super Bowl-winning head coach, and we are confident he will have success with his next team. But as the leader of this organization, it is imperative for me to do what I believe is best for everyone as we look ahead to the future and move into our next chapter. I know that we have work to do to get back to where we want to be, but I also believe that we have an exceptionally strong group of people in this organization who can help set us up for future success.”

Pederson exits Philadelphia with an overall mark of 42-37-1 in five seasons, making three straight playoff appearances from 2017-2019 before slipping to the cellar of the NFC East in 2020. He hadn’t won 10-plus games since the Eagles’ run to Super Bowl LII, winning nine or fewer games in four of his five seasons in Philadelphia.

Of the 14 Super Bowl-winning head coaches since 2000, Pederson joined Tom Coughlin and Jon Gruden as just the third to post a losing combined record over his next three seasons, going 22-25-1 in that span. Once known for his offensive prowess, Pederson’s Eagles were one of two teams to fail to score 30-plus points in a game in 2020.

Because of his past success and his ties with other members of NFL front offices, Pederson will likely be a hot name on the coaching carousel. A pairing with Joe Douglas’ New York Jets is a possibility among others. New York is not in a position to win immediately, meaning Pederson would be going to another reclamation project after his Eagles devolved into one in 2020.

For now, though, Pederson is merely unemployed, with details of his departure likely to follow in the days ahead.

Around The NFL Writer

Indoor dining to resume on Jan. 16 in Philadelphia, but with restrictions