What We Know About the Shooting of Jacob Blake

What We Know About the Shooting of Jacob Blake

The police shooting of Mr. Blake ignited protests in Kenosha, Wis., including one in which a teenager was charged with fatally shooting two demonstrators. The D.A. decided not to charge officers involved in the Blake shooting. 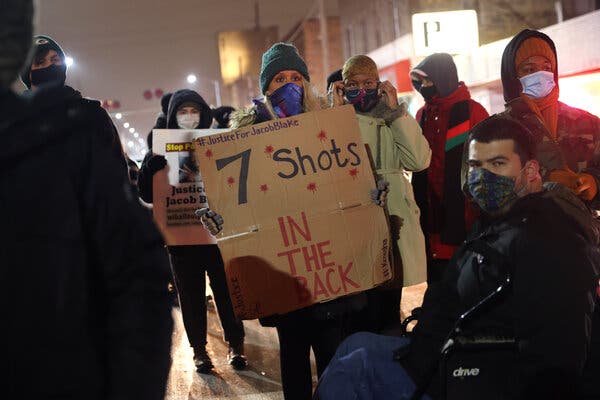 Jacob Blake, a 29-year-old Black man, was left partly paralyzed after a white police officer shot him seven times in the back outside an apartment complex in Kenosha, Wis., on Aug. 23.

The shooting, which happened in front of three of Mr. Blake’s children, was captured by a neighbor in a video that circulated widely and rapidly on social media. Outrage spread quickly, rekindling the nationwide protests for racial justice that had followed the deaths of George Floyd, Elijah McClain, Breonna Taylor and other Black Americans after encounters with the police.

Protesters poured into Kenosha in the days after the shooting — as did counterprotesters. An Illinois teenager was charged with intentional homicide in the shooting deaths of two demonstrators. Professional athletes in several leagues, led by the Milwaukee Bucks of the N.B.A., joined the protests by refusing to play games

Four months after the shooting of Mr. Blake, the Kenosha County district attorney, Michael Graveley, announced on Jan. 5 that the officers involved in the shooting would not be charged. 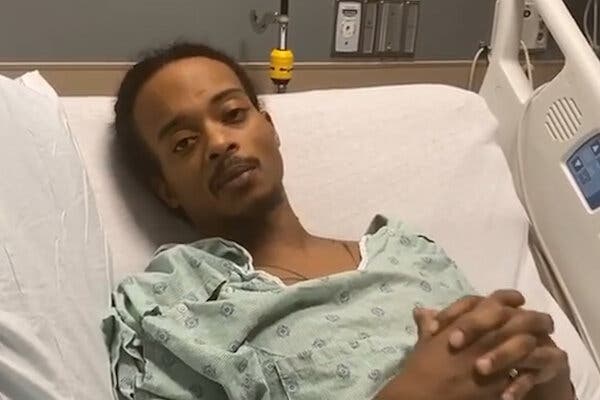 Officers will not be charged.
On Jan. 5, Mr. Graveley announced that charges would not be brought against Rusten Sheskey, the police officer who shot Mr. Blake.

The prosecutor concluded that a case against Officer Sheskey would have been hard to prove. He said it would be difficult to disprove an argument that the officer was protecting himself from Mr. Blake, who Mr. Graveley said had admitted holding a knife.

Mr. Crump reacted on Twitter, writing, “We are immensely disappointed and feel this decision failed not only Jacob and his family but the community that protested and demanded justice.”

The authorities in Kenosha began to prepare for possible unrest after the announcement. Mr. Graveley pleaded for the community to remain peaceful as tensions and fears of violent protests rose in Kenosha, where some businesses were boarded up and the National Guard stood near the Kenosha County Courthouse.